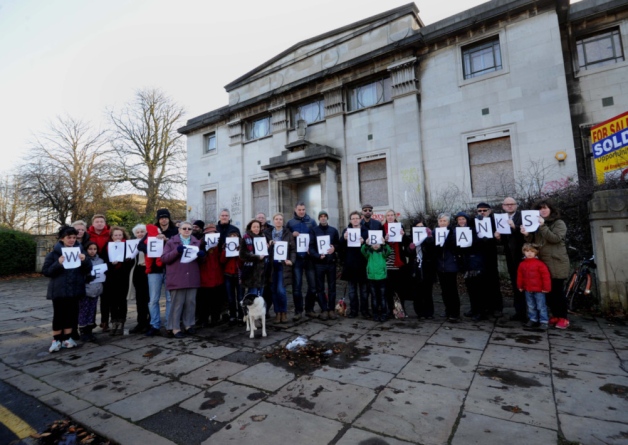 There has been uproar over a Grade II listed building, as JD Wetherspoon plan to take over the Elinor Lupton Centre. The residents and Councillors gathered at the Centre on Sunday(Dec 7) petitioning in objection to the pubs recent purchase of the site which is located on Headingley Lane.

The centre was previously a theatre and music centre, and a Leeds Girls High School, it has been empty since 2010. Counsellor Walshaw (Labour Headingley) said he was disappointed the business owners (The Grammar school Leeds) had agreed to go ahead with the sale, despite interest from 2 other social enterprises.

Campaigners are bitterly disappointed after losing a 7 year year battle to keep the former school to be used by the community. JD Wetherspoon's have been interested in the building since 2007.

A spokesman for the pub chain confirmed it had bought the site and if approved, development would be in excess of £1.5m and would set to employ 50 staff. The building was originally designed in 1912 by local architect William Peel Schofield. The future of a public house with Wetherspoon's will depend onLeeds City Council agreeing to the planning procedures.

Get a FREE Marketing Appraisal

Contact us now for an accurate and honest valuation of your property!

What Our Customers Think Of Us...